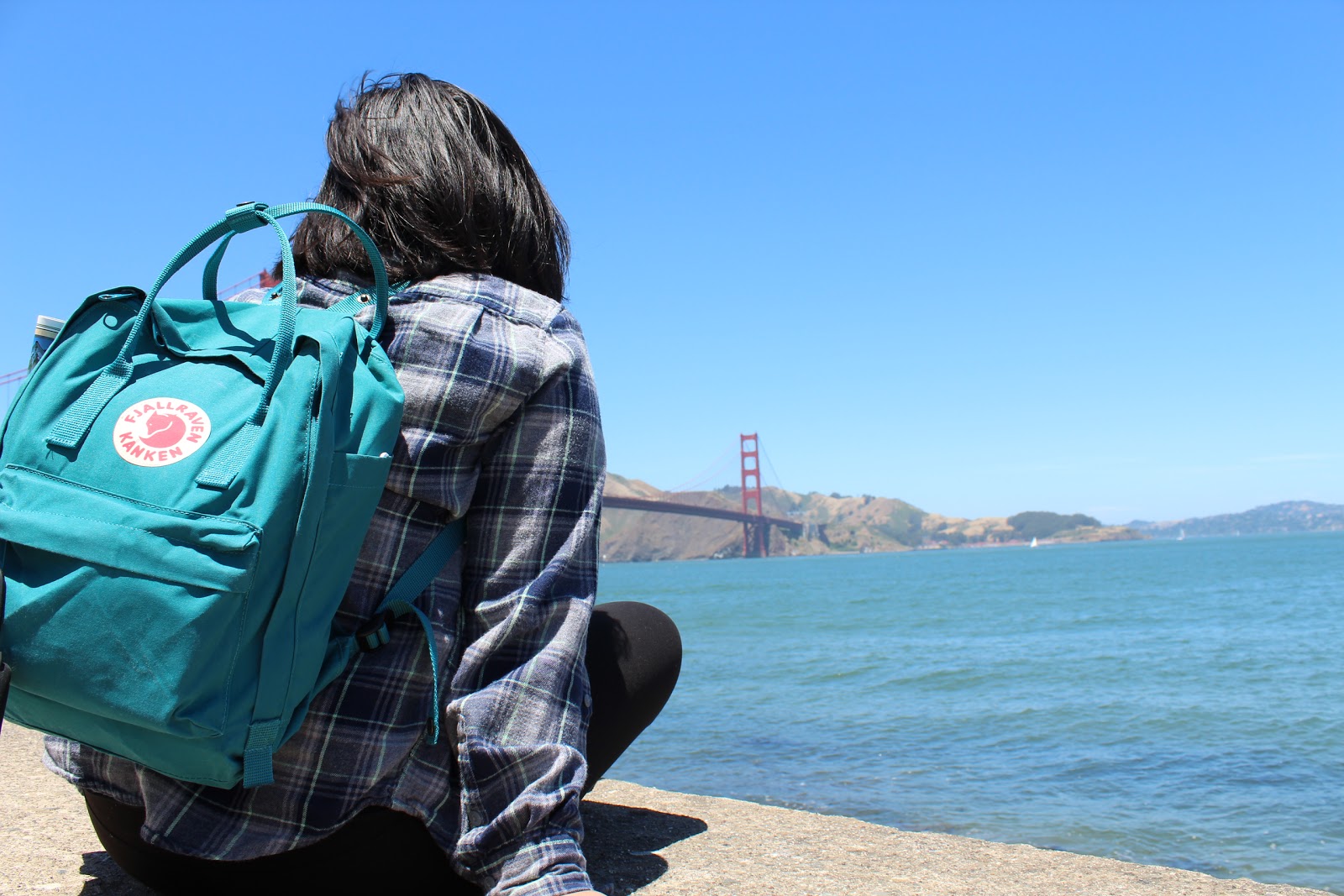 As you all know, Chris and I ventured around the Bay Area (aka primarily the San Francisco region) this past week. Our journey began on Tuesday, when we made our drive up north. Our first and only stop was at Santa Nella, CA – for In-N-Out and gas. We arrived at our Airbnb way past check-in but our hosts, Andrew and Lamort, were very accommodating (I mean, we already did pay sooo….).

The Airbnb we booked was a bungalow detached from the main house in the city of Richmond. It honestly felt like living in the cabin in the middle of the woods – they had so much greenery in their backyard. We also met their backyard/outdoor cat, Tiger. They were still finishing work on the outside, but the inside was perfect – small but cozy. 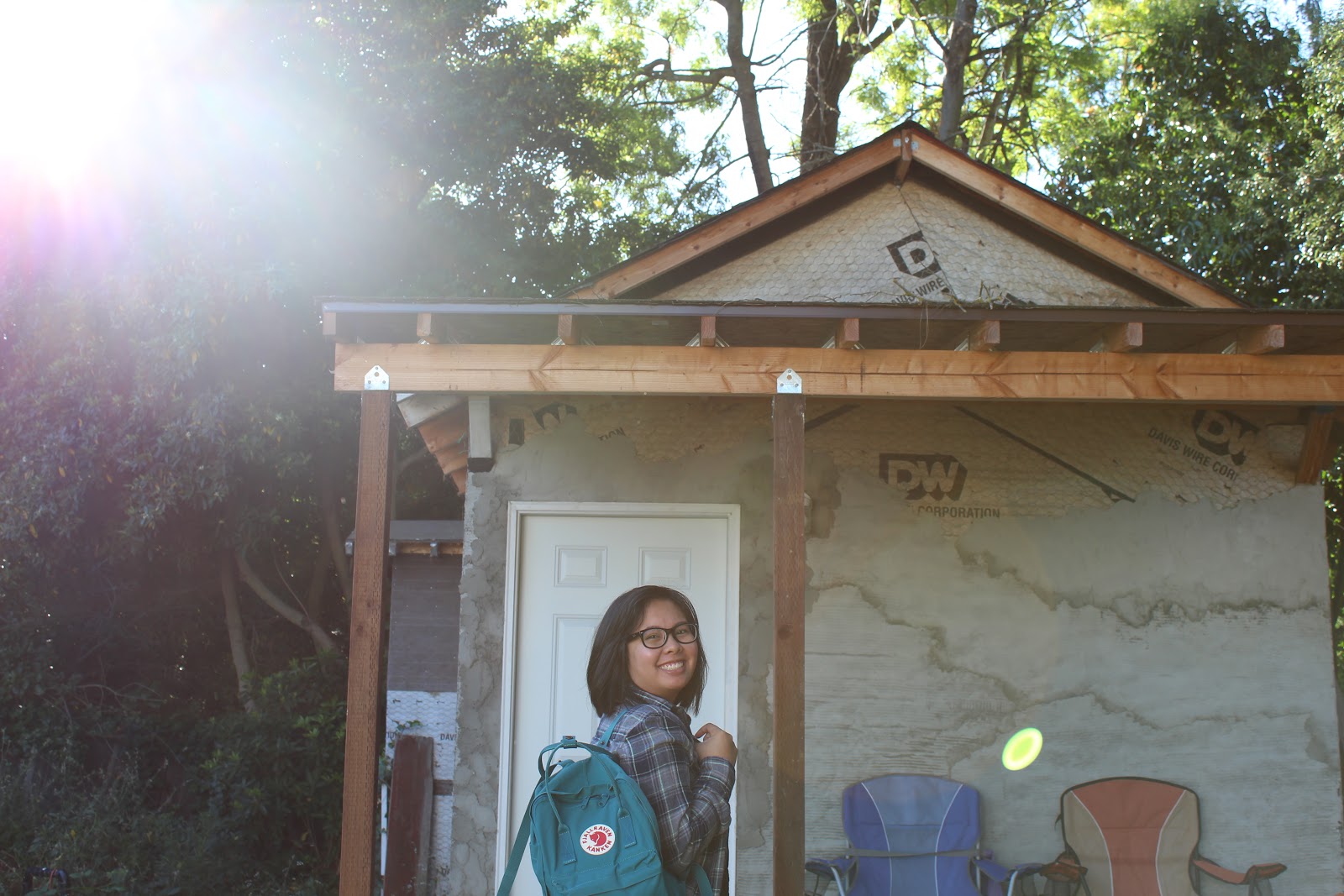 Wednesday was our first official day up north and that’s when the adventures began! 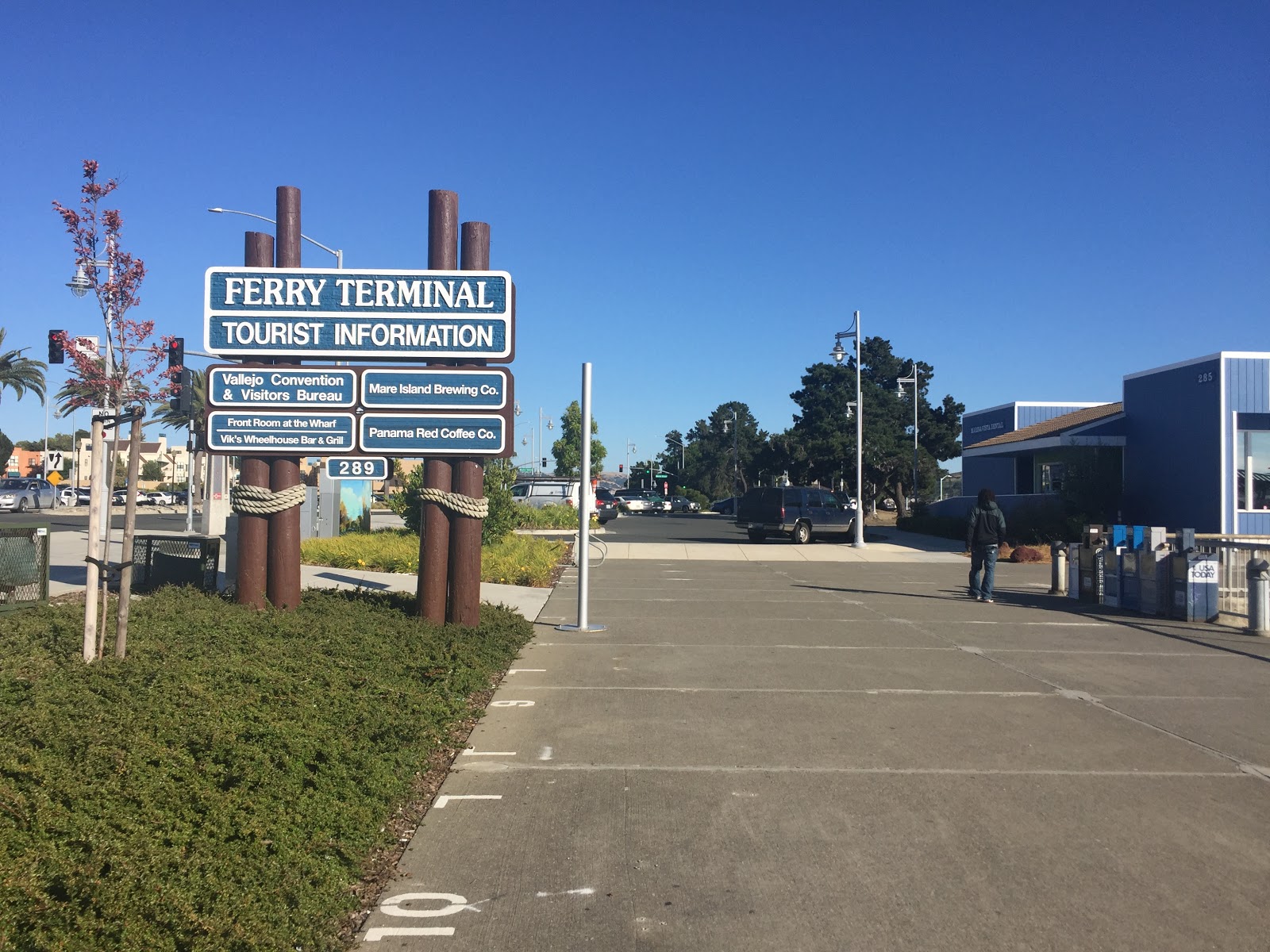 We drove up to Vallejo, CA to get to the Mare Island Terminal; unfortunately after waiting forever for the stoplight to turn green, we made a U-turn and just opted for the main terminal in Vallejo which was literally right down the street. Thankfully, we made it in time for the 9:30 ride. 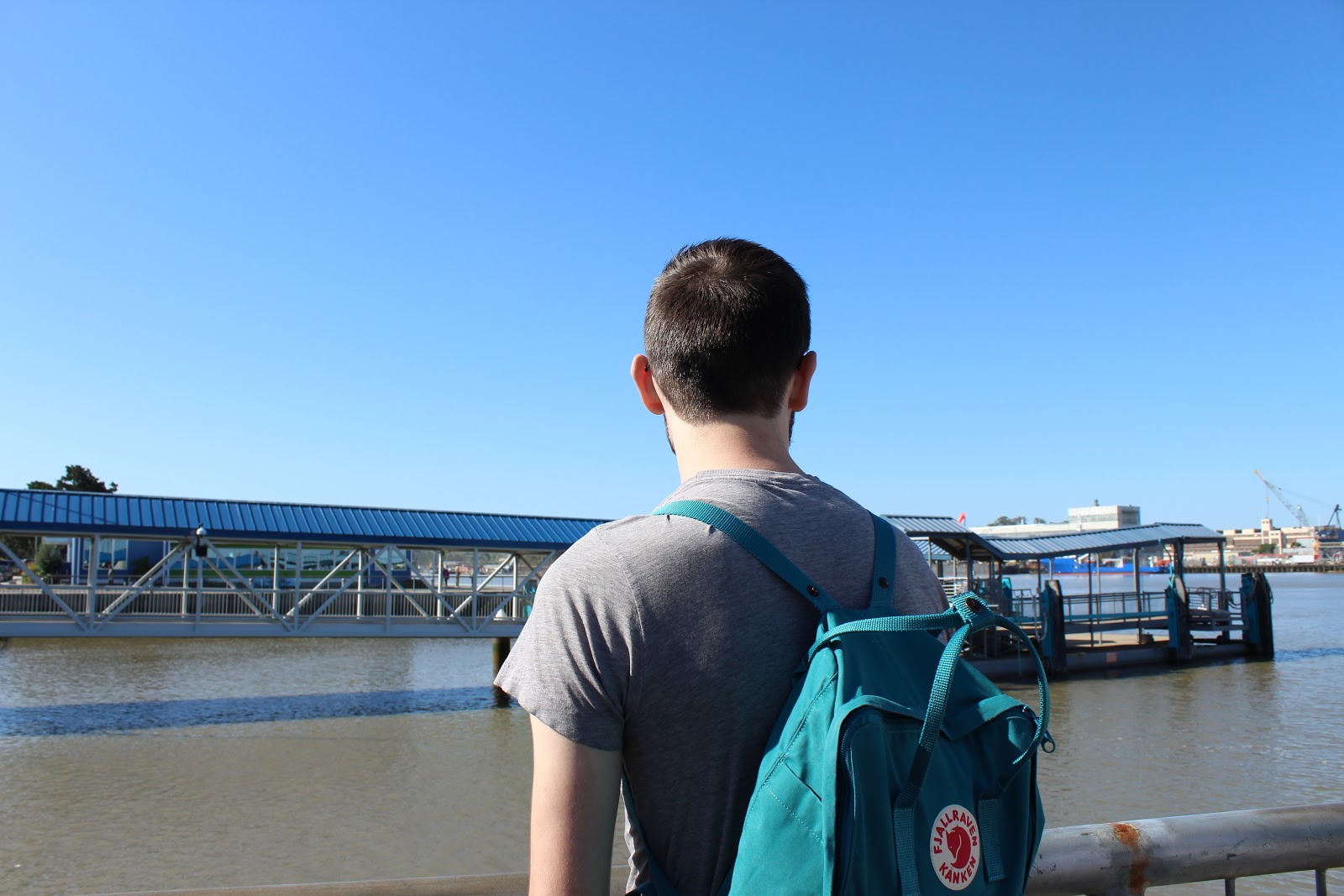 Upon arriving Pier 41, our first order of business was food! We walked into the first restaurant we stumbled upon which was the Franciscan Crab Restaurant. I got the crispy chicken sandwich and Chris got the shrimp & fries! Which we then got a side of garlic fries – mmmm. Afterwards, we watched Alcatraz from across the bay. We had planned on doing the tour but opted not to because it seemed rather pricey, maybe next time. Plus, we were tired after having been on the ferry for an hour or so.

After strolling around for a bit, we decided to head over to the Golden Gate Bridge. Chris insisted on walking but I wasn’t up for it. We both downloaded Lyft, signed up and sent each other promo codes so we could get discounts on the ride. We requested a Lyft and headed to the bridge. It was about a 13-minute drive to get there. We did the little trail to view the bridge from the bottom. Chris and I were enjoying the view when we saw three whales in the water!! I had gone whale watching years before and found no luck. So to see the whales when I least expected them was such a lovely surprise. 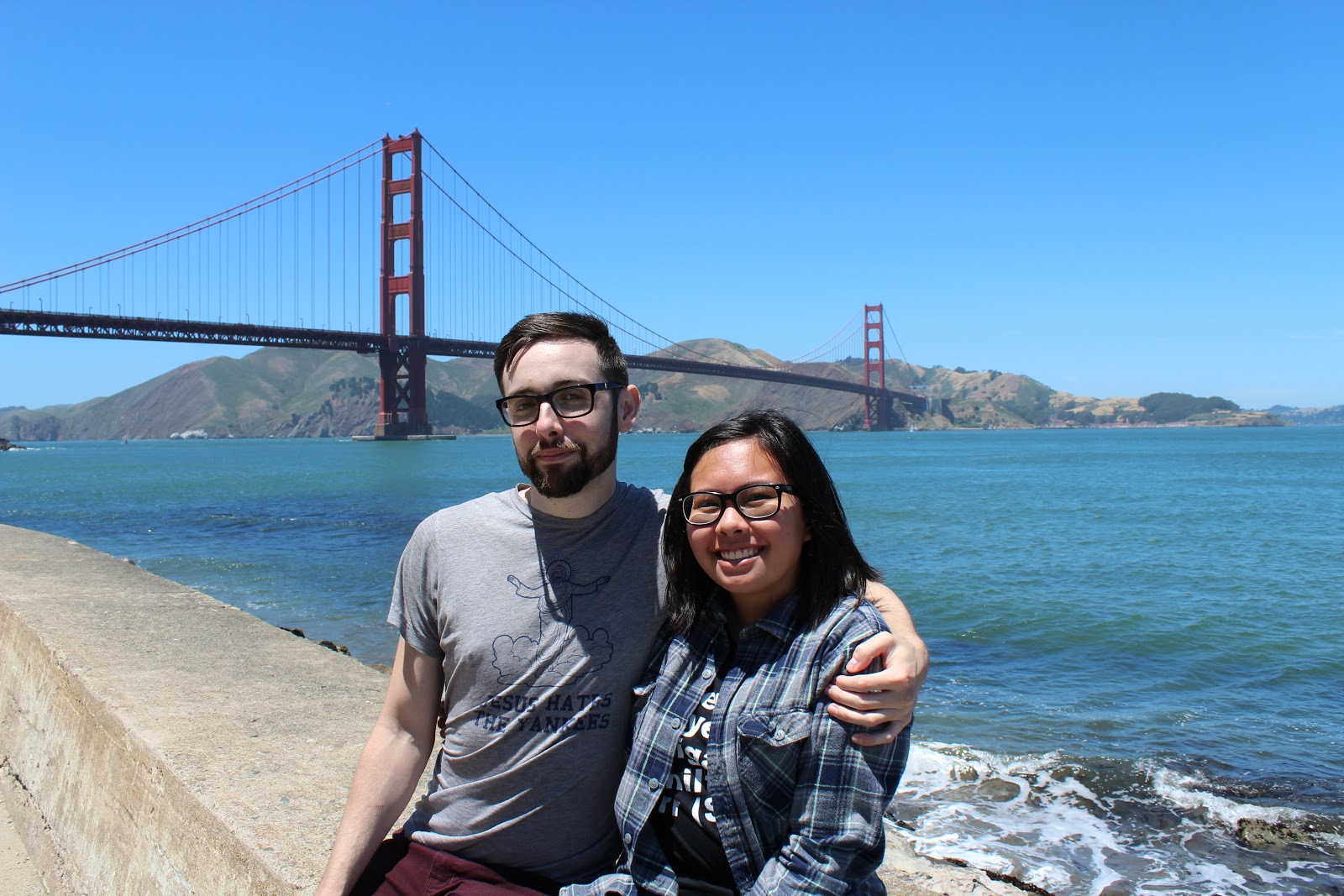 After enjoying the view of the bridge and stopping by the gift shop, Chris and I decided to head back to the city. We requested another Lyft and asked to be dropped off Mr. Holmes Bakeshop – mostly because I wanted to see this sign. 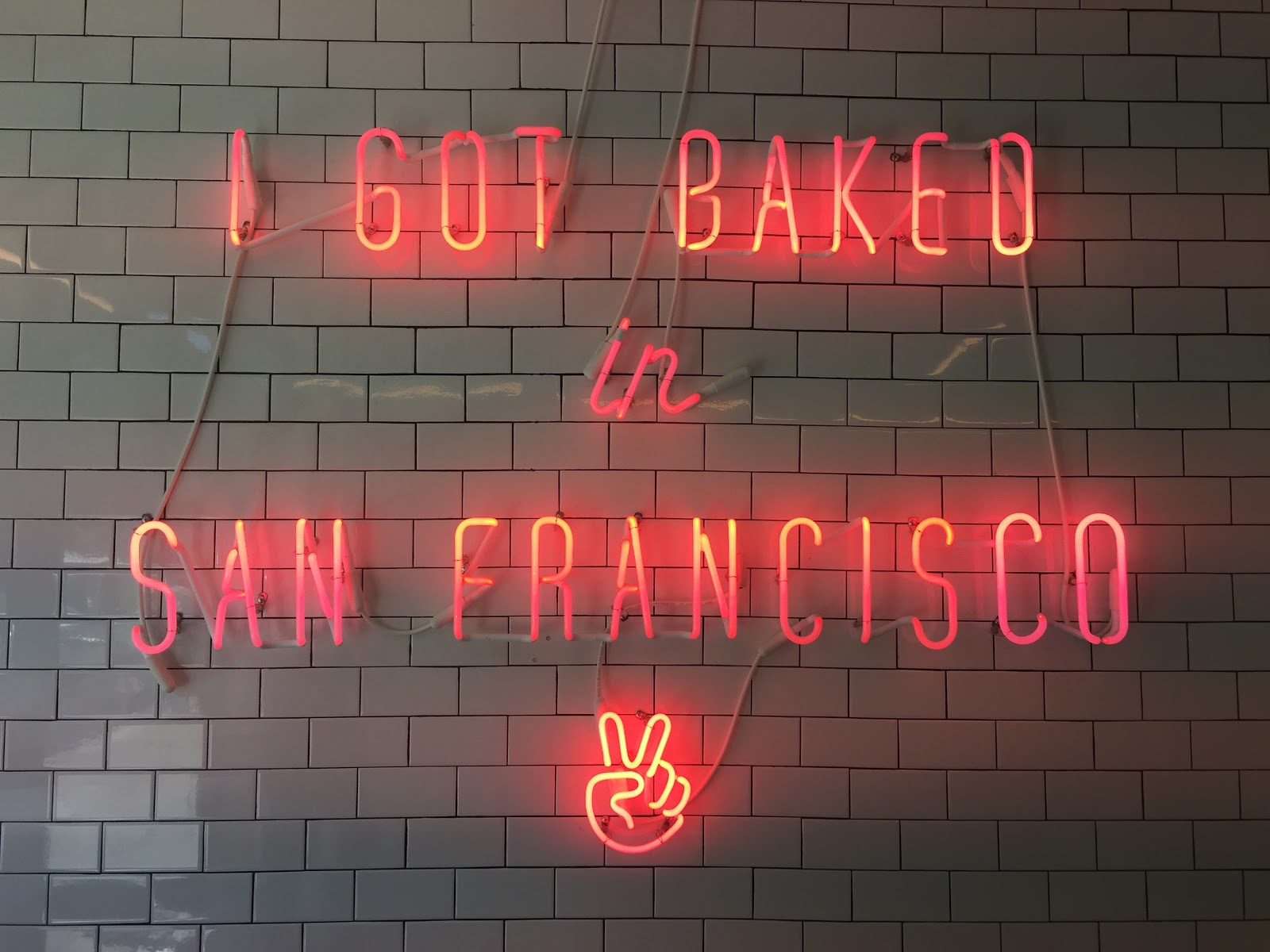 We got their blueberry & thyme donut to go and walked to back to the Wharf. Note to self: walking around SF is a pain! Too many hills! We got a good workout though, so I guess that counts for something.

Back at the Wharf 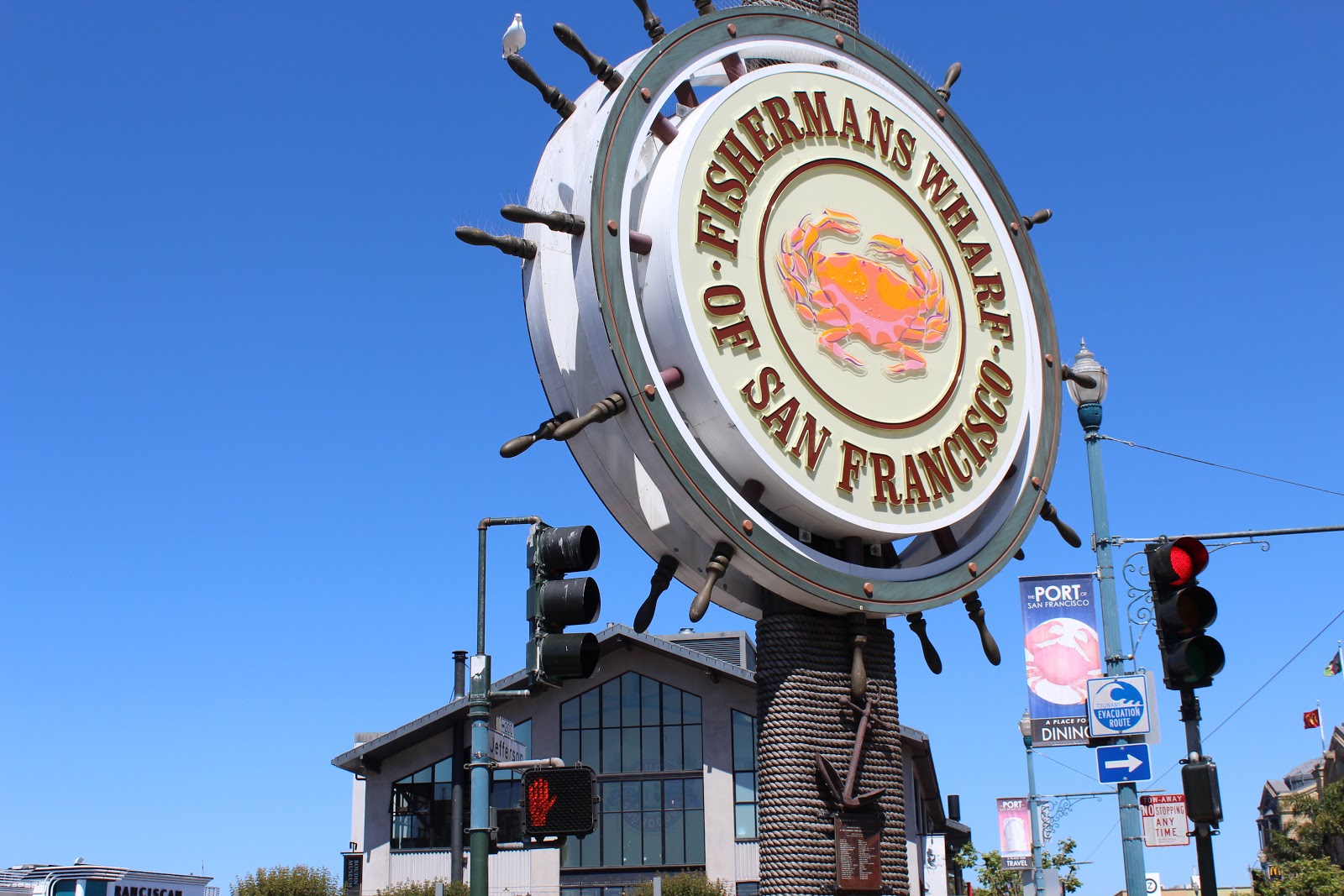 When we got back to the Wharf, we finally found the hip and busy part of it. We were strolling and came across the SS Jeremiah O’Brien. The tour didn’t seem too interesting so we were content with getting photos from the outside. From here, we made the 20-minute walk to the Ferry Marketplace to catch the ferry back to Vallejo.

We stopped by the brewery next to the ferry terminal. I got the regular grilled cheese while Chris got the pulled pork. After dinner, we headed back to our little airbnb and binge-watched some Criminal Minds.

The Cabin and the Lake

So many places to explore, so little time 🥺🫶

Already looking forward to going back 🍃